AGM X3 -The Most Trendy And Normal Outdoor Smartphone

In the field of mobile phones, outdoor phone brands are a special kind of existence. Because the main user group is aimed at the people who love outdoor sports, for a long time, the outdoor mobile phone brand has been only a part of the user's attention.

In the past, in order to ensure that the fuselage has enough hardness, many outdoor mobile phones have to make "board bricks", which also lead to the serious "partial section" situation, outside the scene, it is not suitable for daily use. But the X3 that AGM has just released has made us think differently about this kind of product.

Protection is still the main consideration!

The use of the outdoor mobile phone scenario determines that, compared to ordinary mobile phones, it needs to be able to under more stringent conditions, still can guarantee normal operation. The strength of the product itself is undoubtedly the most important criterion to consider whether it is good enough.

Generally speaking, the screen is relatively the weak point of mobile phone, the protection for the screen is also one of the concerns.

The AGM X3 is equipped with a 6.0-inch LCD display with a scale of 18:9 and a resolution of 1920x1080. On the defensive side, the surface of Corning's fifth-generation Gorilla Glass, combined with the ODLC diamond coating, is theoretically excellent in terms of abrasion resistance and hardness (officials claim that the knife will not leave any traces). It is worth mentioning that the AGM X3 smartphone also uses the "suspension frame" design and "0.35mm screen dispensing" technology, the advantage is to be able to absorb the mobile phone accidentally dropped when the impact, thereby playing the purpose of protecting the screen.

Of course, the AGM X3 phone also has the ability to resist low temperatures and high temperatures. At a low temperature of 30 ℃, it still works, and you don't have to worry about its being chilled off easily. In addition. It also supports "glove mode", wearing 1.5mm thick gloves can also be normal operation on the screen.

In addition to the screen section, AGM X3 has also done a lot of work on the overall protection of the fuselage. Its fuselage exterior uses the aviation-grade metal frame as well as the anti-fall material back cover. In addition, the fuselage four angle has the design of the ribbed convex structure, to play the buffering function. 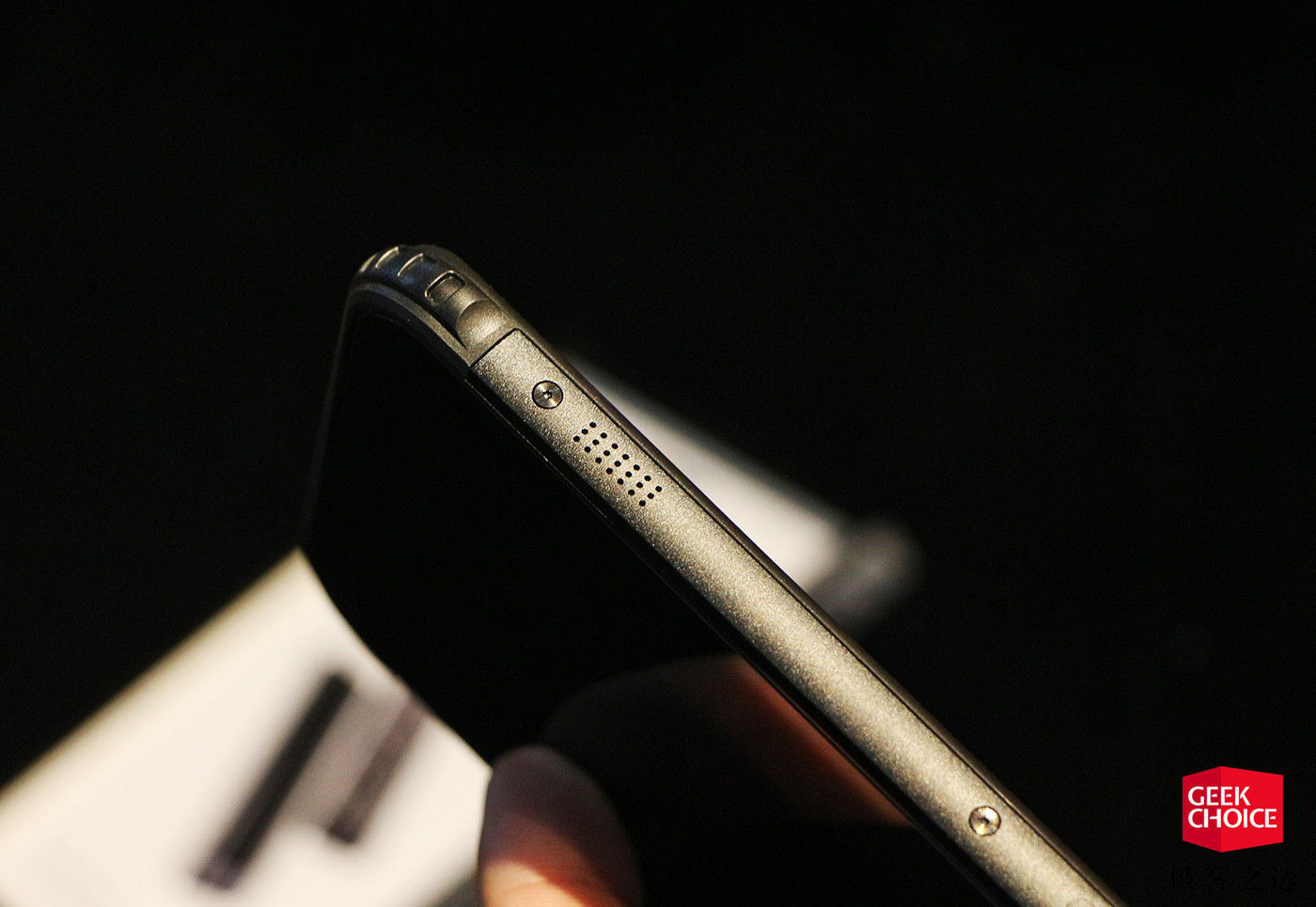 Compared to the appearance that can be seen at one glance, it may be more curious about the protective handling of internal components. This internal structure split effect diagram, given by the AGM official below, can be seen as a separate physical reinforcement for each of the important components, which means that it is more effective than the usual "glue" approach.

However, while such a practice can better strengthen the effect, but also a problem is that the body heat dissipation is more or less affected. As for the actual heat dissipation effect of AGM X3, we cannot give a clearer answer because of the limited time we experience at the conference site. Later, if we can get the real machine, we will also explain this part of the content in more detail. Of course, due to the actual water-resistance of the different pressure conditions will vary, so here we do not recommend the use of extreme conditions. 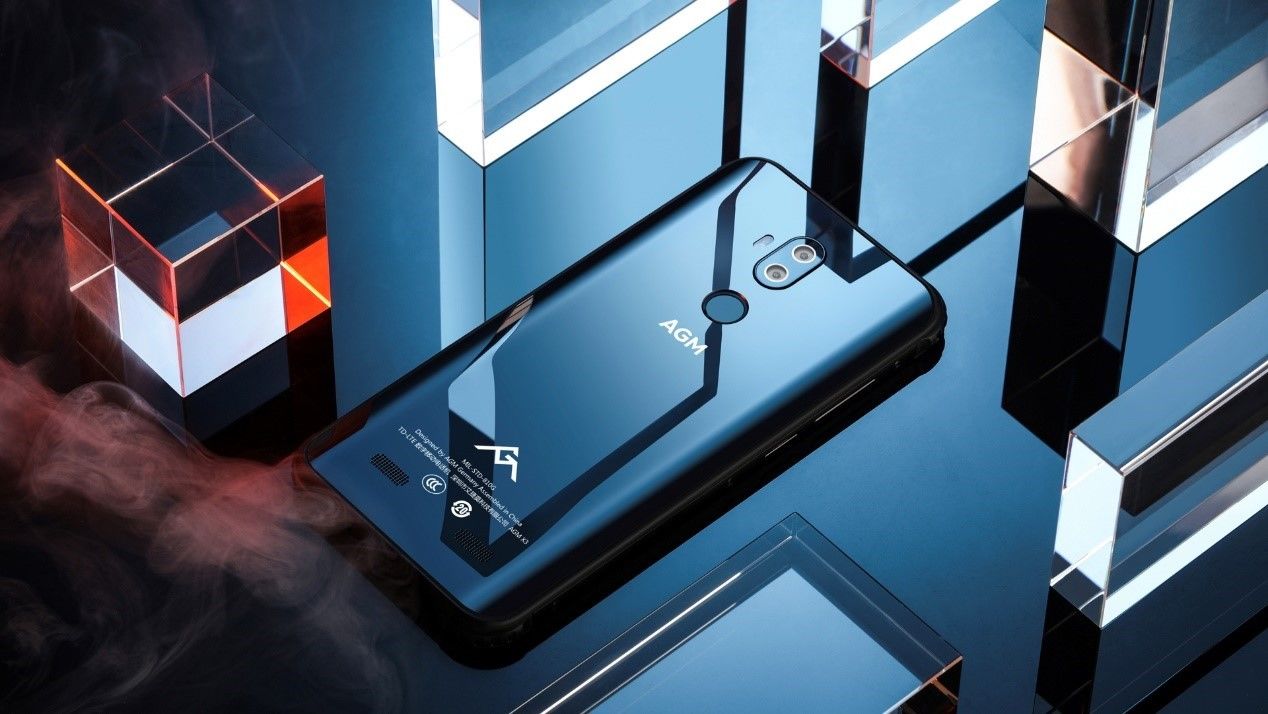 Also worth mentioning is that this time, in addition to the gun black matte material, AGM X3 also provides the piano black surface material optional. Especially the latter, if you don't know about it before, it's hard to connect it to the conformal phone on the backside.

Outside the design, the AGM X3 has also been further optimized in terms of body thickness and weight. According to the official data, compared to the products of the ancestors, it was 25% thinner and 13% lighter. Specific specifications, the thickness of its fuselage from the AGM X2 14mm down to 10.5mm, the weight from 250g to 216g, the amplitude is very obvious.

Specifically, it is equipped with the Qualcomm Snapdragon Dragon 845 platform, available in 6GB + 64GB, 8GB + 64GB, 8GB + 256GB three different versions. This combination of configurations also means that AGM X3 in performance and does not lose all other mainstream flagship products.

In addition, the AGM X3 is also aimed at the main flagship mobile phone products in the photo function, followed by a double-shot 1200w+2400w pixels, the front camera is 2000W pixels, the same support for beauty photography and facial unlocking function (technical support by commercial Tang technology).

It is worth mentioning that the AGM used a lot of time to emphasize the sound performance of X3. Its cooperation with JBL redesigned the dual-tone cavity so that its loudness value can reach 98db, while its built-in smart PA intelligent audio chip, can more effectively adjust the sound effect, the treble part of the repair.

About AGM X3 's sound, officially described as "not only is an ultra-good sound outdoor phone, when it opened the speaker, it is more like an outdoor audio release effect." "However, as the conference site is noisier, it is difficult for us to give a relatively objective evaluation of its actual effect."

Focus on the AGM X3 Geek Edition. It uses a modular design, by the AGM X3 Geek Phone and satellite module two parts, you can according to their own needs, to choose the corresponding mode of use.

In particular, AGM brings a shared satellite phone model. Simply put, it offers rental services and you can rent a satellite phone for 99 RMB/day. This also lowers the threshold for use of satellite phones, allowing users to use the latest satellite technology at relatively low prices.

According to the official introduction of the conference, AGM X3 has been equipped with our own research and development of the satellite communication technology, in the signal-free environment can also communicate, the current capacity of its communication has covered the entire region of China and most of Asia.

As for the battery life, in addition to the AGM X3 itself with the 4100mAh battery (support fast charge/wireless fast charge), its satellite module has built-in a capacity of 4000mAh battery, so you can not worry about its live performance.

In summary, compared to similar products, the advantages of AGM X3 is that it guarantees the outdoor mobile phone protection performance at the same time, the use of more in line with the current mainstream consumer aesthetic appearance design. In addition, the body thickness and weight are further optimized, which makes it easier for users to take AGM X3 out.

And the hardware configuration in line with the current mainstream flagship products, but also for the AGM X3 mobile's performance to provide adequate support. The above points together, we can see is, AGM X3 phone, the arrival of the outdoor mobile phone This originally belongs to a relatively small number of products, with more non-outdoor enthusiasts to expand the possibility, the market has been further broadened.

As for the released price, we should stay tuned and wait for the official announcement for it.